“In Texas, it’s really all about the people, right?” Lisa O’Hurley said within the first two minutes of our conversation, explaining that she originally had no plans to play golf at Baylor University.

Now, the former Golf Channel executive can’t imagine what life would have been like without it.

The daughter of a country club manager who worked in Dallas, Houston and various other locales, O’Hurley’s first golf lesson came from future PGA Tour player Billy Ray Brown. By the time she was ready to pick a college, her family had moved to Arizona and she was playing for nationally renowned Xavier College Prep, which also spawned Cheyenne Woods, Grace Park and current Arizona State coach Missy Farr-Kaye. When a close friend from her high school team said she was going on college visits in Texas, O’Hurley jumped at the chance to join in, knowing how much she’d enjoyed her upbringing in the Lone Star State.

But when she got accepted at Baylor, the idea was to just attend, and not compete. That all changed quickly.

“I had no intention of playing golf there until about two weeks into my time there. Literally, they knocked on my dorm room door and said we’re starting a golf team and we understand that you play golf and we want you to be part of the team,” she said. ”So I said sure, and I played on the college team at Baylor.

“We were nowhere as good, in comparison, as my high school team. Not even closed.”

Fast-forward some two-plus decades and O’Hurley has built a successful career around the game, first with over a decade at the Golf Channel and now through her own line of clothing that’s quickly gaining traction. As the CEO of Lohla Sport, O’Hurley has built on her six years with Golfino, a fashion sportswear company based in Germany, and used some European flair to go with some West Coast vibes to create a line that has quickly resonated with female golfers .

Former Golf Channel executive Lisa O’Hurley lives in Los Angeles with her husband, John, who has a long string of acting credits, including an iconic role on “Seinfeld.” (Contributed photo)

O’Hurley, who had built a healthy contacts list, reached out to 70 potential buyers on her Lohla line, even before she had any product to show. More than 50 bought it, sight unseen, and O’Hurley knew she was on to something. Still, it took a little luck for the whole thing to work as many clothing lines, especially those that popped up during the pandemic, quickly went under.

“Golf was the only thing that was marked safe and so the clubs were still open, the shops were still open, and that was enormous. If we were a brand that’s just something in department stores, we never would have made it. So I mean, the fact that the golf community could support itself so to speak was tremendous,” she said. “And then with COVID, we got to pick up a lot of new females who were new to the sport who aren’t used to wearing golf clothes.”

O’Hurley now lives in Los Angeles with her husband John — J. Peterman of “Seinfeld” fame — and she still plays plenty of golf while holding her Baylor roots dear. In fact, she’s become close with the current coach of the Bears’ women’s golf team, and often plays with the squad when they make a trip to Southern California.

“I guess one of my lucky gifts, you know, is keeping my connections going and always having these wonderful people in my life. And so I have kept really good friends with the current golf coach at Baylor, Jay Goble, and he and I have become very close. I’m just really still in tune with that team.”

Speaking of her husband, he made a recent appearance at a jazz club in San Antonio’s Pearl District. John O’Hurley has hosted “Family Feud,” was a contestant on “Dancing with the Stars” and hosts an annual charity golf tournament with former Major League Baseball star Josh Beckett (who lives in Boerne).

But while he’s a man of many talents, he’s currently an underdog when playing in a twosome with his wife.

“When we met, we were pretty even,” Lisa O’Hurley said. “I give him strokes now.” 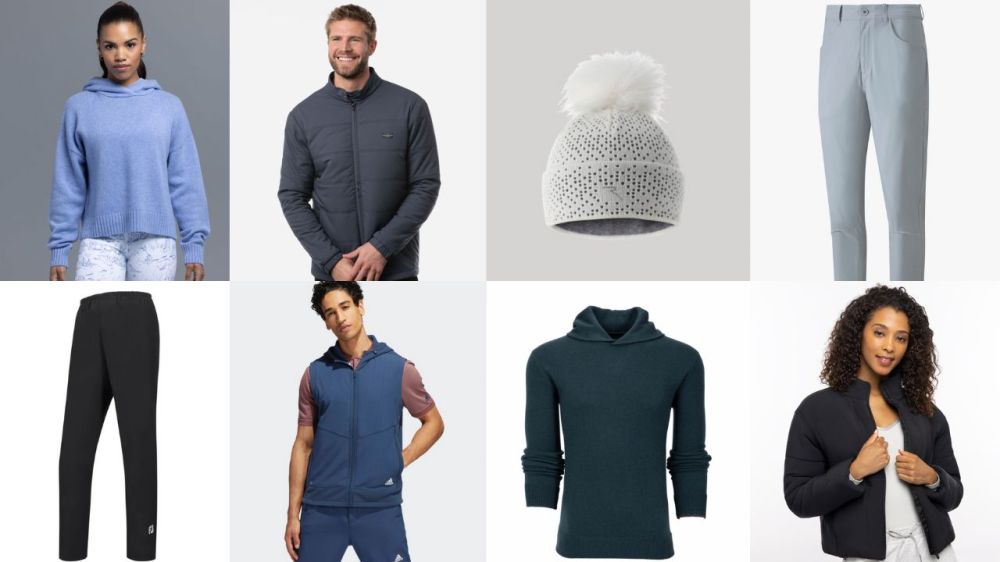